A good sales movie can be better than a training video. It can inspire sales professionals to hunt prospects, adjust their approach and crush targets. From a traveling salesman in the early 1900s to corporate stockbrokers in the modern era, there is something inherently captivating about the psychological interaction between sellers and buyers that can grip an audience.

There are plenty of reasons to appreciate cinematic portrayals of sales professionals from their failings to scandalous schemes and electrifying pitches. Whether it’s comedy or drama you’re sure to enjoy a number of movies from this list.

Without a preference order, here are 15 sales related movies every sales professional should watch!

Based on a true story “The Founder” tells a tale about Ray Kroc, played by Michael Keaton, a 52 year old over-the-hill milkshake mixer salesman who built a colossus, no “supersized” fast food empire! Oscar-nominated Keaton’s portrayal of Ray Kroc displays the “whatever it takes” mindset as he meets Dick and Mac McDonald played by Nick Offerman and John Carroll Lynch, the owners of the original California hamburger restaurant in the 1950s, he goes on to mastermind a nationwide franchising and then finally forced the brothers out of the business they created and named himself as the founder of what would become the largest fast food chain in the world.

Based on true events from the memoirs of a convicted stock market trader, “The Wolf of Wall Street” tells the tale of Jordan Belfort’s meteoric rise from entry-level wall street broker to founder and owner of his own firm Stratton Oakmont. In the movie Belfort, portrayed by Leonardo DiCaprio, consumes his own body weight in cocaine, Quaaludes and any other available substance, organises dwarf throwing parties and meets a British born, Brooklyn raised model Nadine Caridi played by Margot Robbie. At its peak before Belfort was arrested and served 22 months in prison his firm, Stratton Oakmont, employed over 1,000 stock brokers and was said to be involved in over $1 billion worth of stock issues.

Bud Fox, played by Charlie Sheen, is a young ambitious junior stock broker in New York and wants to work with his idol, the ruthless and Wall Street legend Gordon Gekko, played masterfully by Michael Douglas. The film is about greed, corruption and insider trading. When Fox pitches his father’s airline to Gekko with the intentions of saving the company the business deal sets the stage for a conflict of interest that could make or break his career.

The movie is perfectly directed by Oliver Stone who captures all the elements necessary to create a gripping story, and Michael Douglas’s Oscar winning performance for best actor, along with father and son duo, Charlie and Martin Sheen, lends authenticity to numerous emotional exchanges making Wall Street a must see movie.

This star studded cast with Al Pacino, Jack Lemmon, Ed Harris, Alan Arkin, Kevin Spacey and Alec Baldwin is a harsh, hard-talking drama about shady, desperate real estate salesmen in Chicago who are given the news that all but the top two will be fired at the end of the week. In one of the most famous scenes where Alec Baldwin lays out ABC (Always Be Closing) along with the infamous “Coffee is for closers” line the atmosphere heats up for the very beginning and has a surprisingly conventional whodunnit backdrop in the movie.

Jack Lemmon’s Shelley Levene does everything in his power to get better leads from his boss John Williamson, played by Kevin Spacey, while co-worker Dave Moss, played by Ed Harris, comes up with a plan to steal the leads. But it’s Al Pacino’s Oscar nominated performance as top seller Ricky Roma that steals the show.

David Mamet’s cautionary tale is a dark view of human nature and the brutal dialogue makes clear that sometimes a salesman will sell their soul to make a sale.

Chris Farley plays the incompetent, immature and dim-witted heir to an auto parts factory. After his father passes, he takes on the challenge of saving the business in order to keep it out of the hands of his relatives who are trying to sell and wash their hands of the responsibilities of running the factory.

This energetic comedy which consistently finds unexpected way to be funny is a treat to watch. Tommy Boy is a buddy road trip comedy that sees Farley and David Spade at their absolute best as they give career defining performances, which makes it everything you could hope for in a comedy. The movie really defines the birth of a successful salesman as Farley is tasked with generating new business and learns that sales is really about listening to a customer’s needs rather than relying on fancy jingles and handshakes.

Jennifer Lawrence, Bradley Cooper and Robert De Niro star in this Oscar-nominated drama about the life of Joy Mangano, a single mother, entrepreneur and inventor who made a fortune with a self-wringing mop.

The mother of two tackles product design, narrow-minded executives and various members of her dysfunctional family for the success of her invention. She fights to star in an infomercial on shopping channel QVC to sell her self-wringing mop after the first spot fails due to a salespersons poor execution, but success soon follows as she becomes the founder of a powerful family run business. This movie really shows that understanding your audience, hard work along with certain sacrifices are all part of a sales professionals journey to the top.

Giovanni Ribisi stars as Seth Davis, a college drop-out who goes from running an illegal casino in his house to broker for a less than reputable investment firm called J.T Marlin. The brokerage runs a “pump and dump” chop shop that cold calls unsuspecting investors where Seth quickly learns aggressive sales tactics from senior brokers, including Chris Varick, played by Vin Diesel, that allow him to strong-arm clients into making decisions that benefit the firm. With the feds breathing down his neck, his father, a sitting federal judge implicated in his son’s wrongdoing and an investor who has lost his life savings, Seth is faced with the ultimate decision.

The film was inspired by the real life experience of writer and director Ben Younger, who had gone to a meeting with a friend at an actual boiler room. Younger was offered the job, but declined choosing instead to write about his encounter.

A struggling car dealership sales team flounder in this hilarious comedy by director Neil Brennan. With the dealership near bankruptcy they decide to bring in the legendary car salesman Don Ready, played by Jeremy Piven, who rides into town with his hardball selling techniques as he attempts to save the business over the 4th July weekend.

The flashback with Will Ferrell as Don’s partner who died in a freak accident as he sky dived into a car-lot dressed as Abraham Lincoln is the perfect cameo.

“Show me the money” is without doubt one of the most famous lines of any sales related movie as we see Tom Cruise playing Jerry McGuire, a sports agent fired from his job after exposing alleged illegal practices that exist in his profession. He starts his own agency with his former secretary and just one client, the very difficult athlete Rod Tidwell played by Cuba Gooding Jr, who won an Oscar for his performance.

While facing the struggles of creating his new agency, something most new business owners can relate to on some level, he learns about himself, discovers the importance of loyalty and ultimately comes to value the people in his life much more.

Will Smith stars in the Academy Award nominated role of Chris Gardner, a freelance salesman selling bone scanners to hospitals and desperate to escape his breadline existence. This inspirational drama presents sales as a positive and life changing profession as Gardner takes an unpaid training scholarship at a stockbroker firm. After his wife splits and leaves him and their five year old son, played by Jaden Smith, alone they bond as the movie progresses and Gardner juggles his son’s day care, selling his medical devices and cramming in stockbroker exams, while moving from one temporary accommodation to the next.

Despite constant setbacks and difficulties this movie shows how determination and a tireless pursuit of a better life can push people to success. Based on a true story of the real Chris Gardner who went on to found his own stockbroking firm and become a multi-millionaire.

College drop-out Jamie Randall, played by Jake Gyllenhaal, is a naturally smart and smooth talking pharmaceutical salesman who charms the pants off every woman he meets. Initially selling antidepressant drugs to doctors, his company brings Viagra into the market and with Randall being able to flirt his way past every nurse, his slippery ethics in bribing doctors and his refusal to take no for an answer sees him become Pfizer’s number one sales rep.

The movie is based on the nonfiction memoir “Hard Sell: The Evolution of a Viagra Salesman” and looks at the competitive world of medical sales. Anne Hathaway’s excellent performance as love interest Maggie Murdock, who is in the early stages of Parkinson’s and the ideal match for Randall gives another angle to this movie and as his career sees a sudden boom will this prevent the two from being together.

In financial trouble and with the impossible task of selling twelve cars in two days you would think Joey O’Brien, played by the great Robin Williams, has enough on his plate, but things get even worse when deranged husband of the dealership’s secretary Larry, played by Tim Robbins, storms in and holds everyone hostage in an effort to find out about his wife’s affair.

The movie turns from selling cars into an extended dialogue between Williams and Robbins where the salesman must attempt his best sales job of his life and pacify the distraught husband.

An insurance salesman is sent by his tiny company to an annual convention in Cedar Rapids. Starring Ed Helm as Tim Lippe a 34 year old, naive, insular and unworldly man that has never even been on a plane goes on a journey of self-discovery as he meets three veteran sales professionals who help him change his life.

This raunchy comedy also casts Anne Heche, John C. Reilly and Sigourney Weaver, as Lippe tries to keep his eye on the prize of a glass trophy called the two diamonds award, while being initiated into the convention rituals including bleary nights at the bar, flirtations and official and unofficial team building.

Kurt Russell stars as Rudy Russo, an unscrupulous, charismatic, fast-talking car salesman who has ambitions of running for state senate. Things get complicated though when Russo’s boss lends him money before suffering a suspicious accident and then his late boss’s brother Roy makes things even more complicated as he wants to take over his brother’s business.

The story of Eddie Miller, played by Robert Forster, about a traveling salesman who has spent his life traversing the Pennsylvania roads selling jewelry to small business, but after having a heart attack he becomes an insurance risk and his company decides that it’s time for Miller to take a step back and requests that he trains his replacement, a young arrogant Bobby Walker played by Donnie Wahlberg, who has no sales experience. An unlikely friendship develops between the two and while Miller teaches Walker the skillful ways of nurturing clients, Walker teaches him the meaning of fun from a younger generation stand point, culminating in a visit to a discreet rural brothel.

This road movie filled with self-discovery and second chances is a worthwhile watch.

Thanks for reading. If you enjoyed this article please like below and share on your social channels. 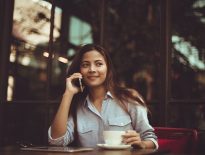 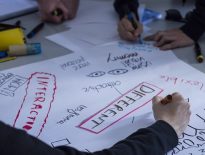