Sales professionals have had individual effective tactics for improving win rates as far back as the 1800’s, but these methodologies didn’t typically serve the customer or sales organisation as a whole.

A major breakthrough in selling came in 1925 when Edward K. Strong published ‘The Psychology of Selling and Advertising’. Strong offered several new and important changes in the general approach to this subject, one in particular was the necessity of handling and developing the sales process from the buyer’s point of view, rather than from the seller’s. His work introduced the idea of sales techniques, such as features and benefits, objection handling, closing and more importantly open-ended and closed-ended questioning. One important aspect of Strong’s contribution was the idea that selling was a set of identifiable skills that could be learned, which opened up selling to a much wider range of people and, from reports of the time, brought about dramatic increases in sales effectiveness. Strong and the people that followed him changed selling forever.

In 1936 Dale Carnegie’s famous book ‘How to win friends and Influence people’ brought in the era of relationship selling and its impact is still strongly felt in the way we sell today.

In 1942 the SELL Method, which stood for Show, Explain, Lead to Benefit, Let Them Talk, became popular as this encouraged salespeople to explain how the customer benefited from buying their products. Other methods came next including ADAPT (Assessment, Discovery, Activation, Projection, Transition), ARC (Ask, Recommend, Cross-Sell and Close), Formula Selling and AIDA (Awareness, Interest, Desire, Action). The latter model’s approach is commonly attributed to Elias St. Elmo Lewis, an American advertiser and sales pioneer, and can be traced back to 1898, but the instance of the first appearance of the acronym was in an article by C.P Russell in 1921. The AIDA model really came to the fore in the mid 1900’s and although this has been adapted over the years it is still widely used today in marketing and advertising.

But, the first major development in professional sales methodology happened in 1968 when the Xerox Corporation pioneered ‘Needs Satisfaction Selling’. After losing their patent on dry photocopying and with sales reps losing deals to the competition, Xerox invested more than 10 million dollars and created a methodology that, in essence, determined that almost nobody wanted to be sold anything, but people did want to make an informed decision. The Xerox method became so successful that in 1972 they created Xerox Learning Systems with the sole purpose of teaching organisations their method. They called this Professional Selling Skills (PSS) and in 1973 packaged it so other organisations could use this method by buying their sales training.

In 1985, Robert Miller and Stephen Heiman took the needs satisfaction methodology to the next level and published the book ‘Strategic Selling . This added additional skills when managing large accounts and suggested how to navigate complex sales cycles. This methodology is still available today through the Miller-Heiman corporation.

1988 saw Professor Neil Rackham develop SPIN (Situation, Problem, Implication, Needs Payoff) Selling or otherwise known as Consultative Selling. This method showed how asking the right questions could turn a sales rep into a consultant rather than just someone that sells a product or service. The book was based on research from 35,000 sales calls by 10,000 salespeople in 23 countries!

Lloyd Sappington came to the fold in 1991 with the value selling framework, which reinforced the importance of making an offering valuable to the buyer. In essence, by selling value you increase the likeliness of closing the sale as well as the price the purchaser is willing to pay.

1993 saw Michael Bosworth, who started his career with Xerox, write a book called ‘Solution Selling: Creating Buyers in Difficult Selling Markets’, where he suggested a different approach by using an engaging question-and-answer process to learn potential clients’ individual needs. In 2003, Bosworth collaborated with John Holland and Frank Visgatis to develop ‘Customer Centric Selling’. The 7 Steps in this method empowered the buyers, which lead sales reps to helping them rather than selling to them. This methodology was deployed in hundreds of organisations around the world and is still being used today.

It’s worth mentioning at this point that Neil Rackham, Lloyd Sappington and Michael Bosworth were all engaged at Xerox Corporation during the development period of Professional Selling Skills (PSS). These individuals leveraged the potential and power of Xerox’s approach and updated their own approaches. This just reinforces that the top methodologies still being used today really did stem from the pioneering of Xerox.

Another method that is still widely used today and developed by a sales professional with similar insights into effective selling was the Sandler Selling System. Created by David Sandler this system focuses on three key stages; Building and Sustaining the Relationship, Qualifying the Opportunity and Closing the Sale

A sales qualification methodology called MEDDIC was developed by Richard Dunkel and Jack Napoli at Parametric Technology Corporation in the 1990s and applicable for enterprise sales processes which can be complex when dealing with sales in the B2B space. MEDDIC stands for Metrics, Economic Buyer, Decision Criteria, Decision Process, Identify Pain and Champion. This methodology is implemented in many complex enterprise level organisations around the world today.

In 2002, John Doerr and Mike Shultz saw a need for a research based approach to selling and took into account benchmark studies showing what buyers wanted and needed from sales professionals. The RAIN (Rapport, Aspirations and Afflictions, Impact and New Reality) selling methodology still focuses on the latest research and updating and optimising the sales system based around these results.

Jill Konrath had her book ‘SNAP Selling’ published in 2010. Filled with fresh strategies for selling to today’s crazy busy prospects, her book centralises around today’s buyers making snap decisions that literally determine the fate of the sales professional. SNAP stands for Keep It Simple, Be iNvaluable, Always Align and Raise Priorities.

The next big popular methodology came with the introduction of ‘The Challenger Sale’ published in 2011 and written by Matthew Dixon and Brent Adamson of CEB. They proposed that the rise of the internet and content marketing had, once again, changed the landscape of sales by placing customers in charge of designing their solutions. The Challenger Sales methodology is designed to disrupt the customers’ buying process by uncovering needs they didn’t even know existed and then positioning the sales rep as the best person to fulfill those needs. Professor Neil Rackham writes an excellent foreword to this book and many including Rackham feel this is the most important advance in selling for many years.

That’s a brief look at the history of modern sales methodology. There has been a number of other frameworks over the years and these will continue to evolve in the years to come. There will always be the debate as to which is the best for businesses, but one thing is for sure: no matter which sales approach is decided on, this will only be as effective as its implementation.

My article The Right Sales Methodology is also an interesting read.

“At all times it is better to have a method”

Thanks for reading. If you enjoyed this article please like below and share on your social channels. 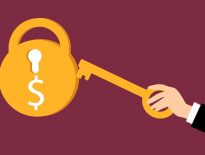 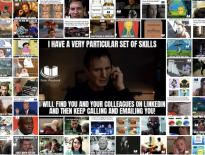